Where to stay: 400 new rooms, restaurant with a 360 skyline view at ZEN rooms

September 07, 2019
Staycation has become a respite for Filipinos on weekends, holidays and days-off. Fortunately, several affordable hotels continue to spring up in Metro Manila and provide guests with quality services.

Among these is ZEN Rooms recognized-- as south Asia's leading budget hotel chain. It is known for its quality accommodation matched with its best hospitality services. 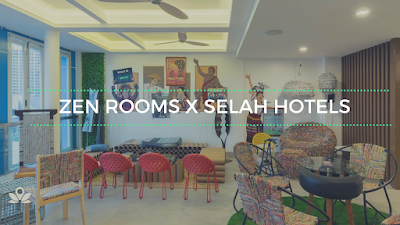 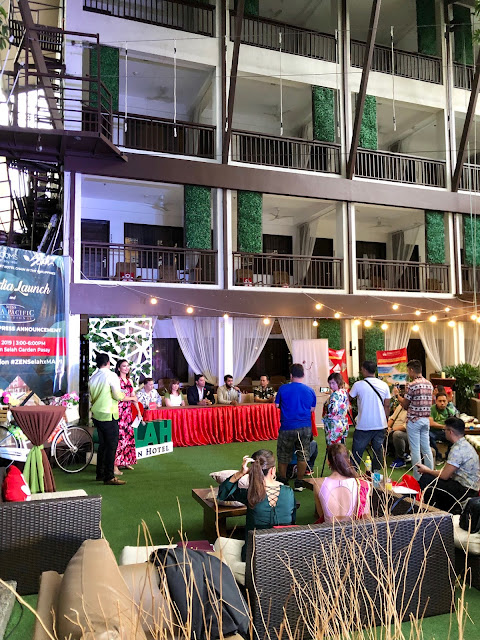 This hotel chain arrived in the Philippines four years ago with a simple goal to help standardize the budget hotel industry in the country.

After four years, Michael Raquiza, country manager of ZEN Rooms Philippines, said their reach has lengthen and their purpose has deepen. He added that they are very excited with the partnership with Selah Hotels. 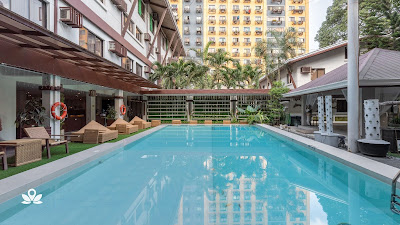 "We are here to build relationships with hotel owners and support local businesses and we believe that our partnership with hotels like the Selah group exemplifies just that. Together, we improve value-for-money so that our guest can travel more and pay less,” Raquiza said.

Selah Hotels Managing Director Jeff Thomas, meanwhile, said he looks forward to what more ZEN rooms can do to elevate their hotels further especially in the international market.

“ZEN Rooms has been very effective in terms of tapping the online market and selling our rooms to a wider audience online," Thomas cited.

At present, ZEN Rooms has more than 4,500 rooms across the Philippines' top 50 destinations and over 10,000 rooms across Southeast Asia on its platform.

The hotel chain continues to expand and is slated to operate in 70 cities by the end of the year. It will add Baguio, La Union, Baler, Tagaytay and other tourist destinations in the country on its list.

Among the new rooms launched are the ZEN Rooms Selah Lofts in Harrison Street, Pasay City which is fully managed by the company. It has 205 budget rooms. 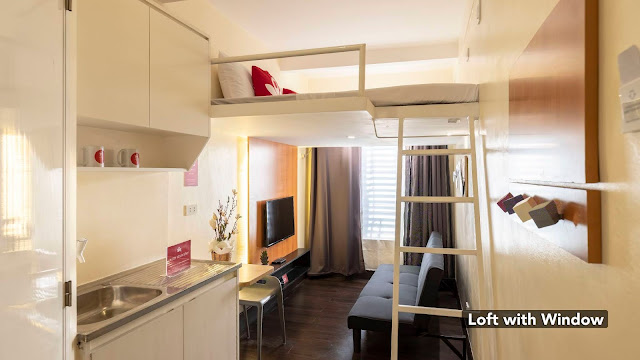 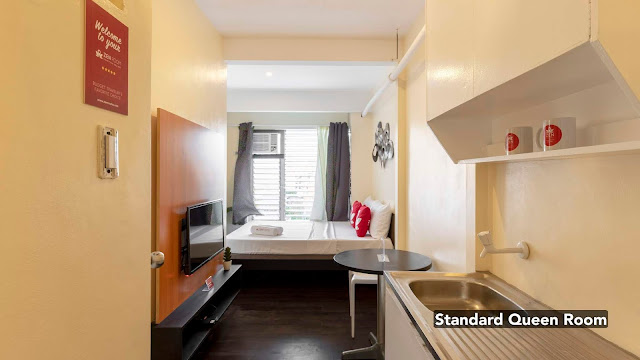 Infinity pool and a bar and restaurant with skyline view?

If you are up for a quality holistay, there are mid-range accommodation of 108 rooms called ZEN Rooms Selah Pods. Most of these rooms have a view. 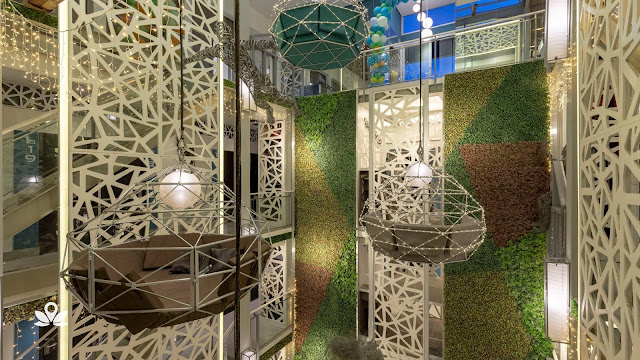 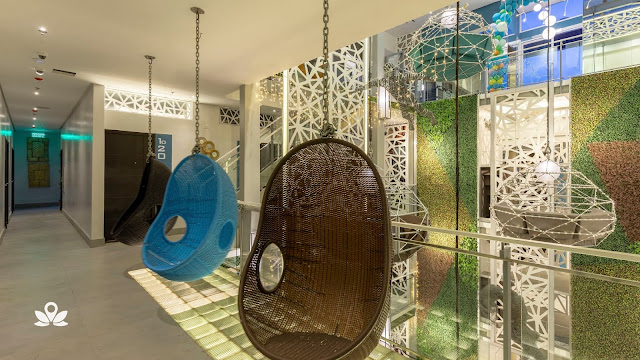 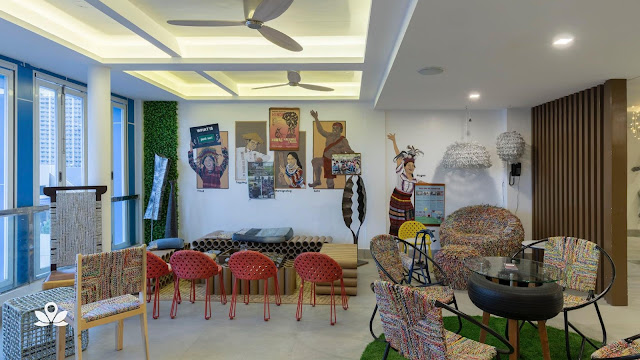 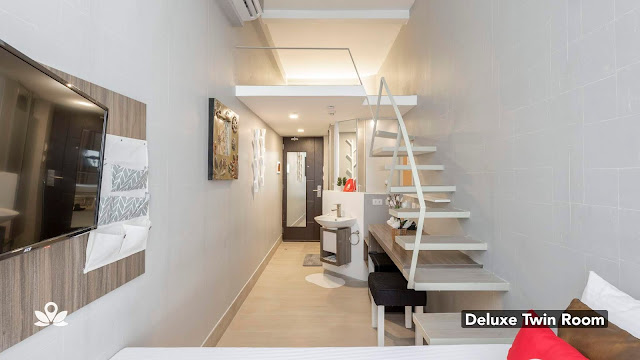 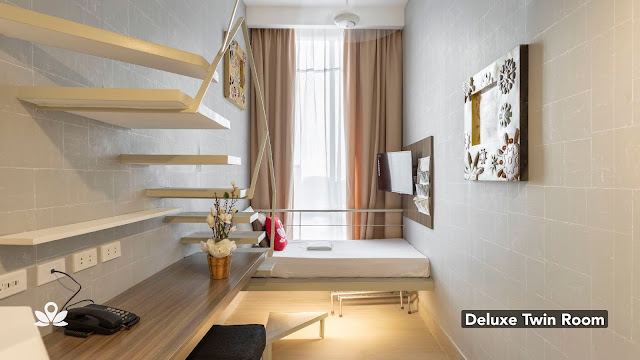 They also have Loft Suites. 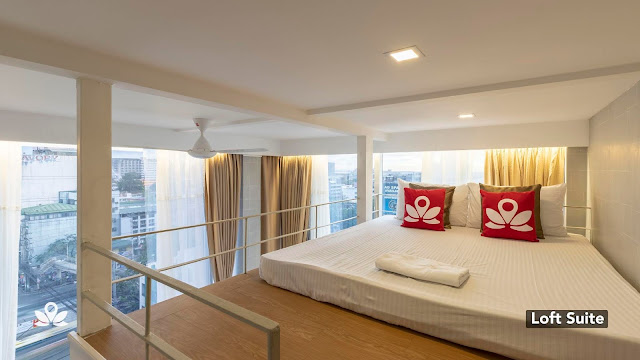 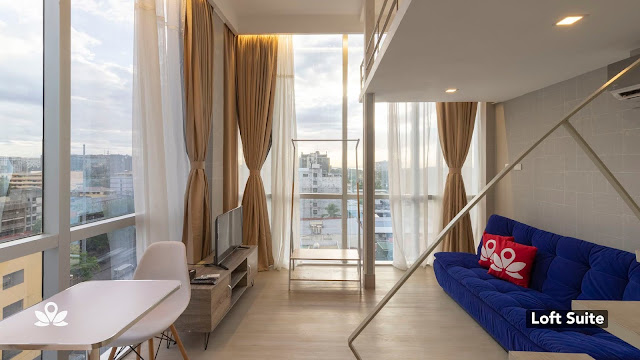 ...as well as Executive Suite Rooms. 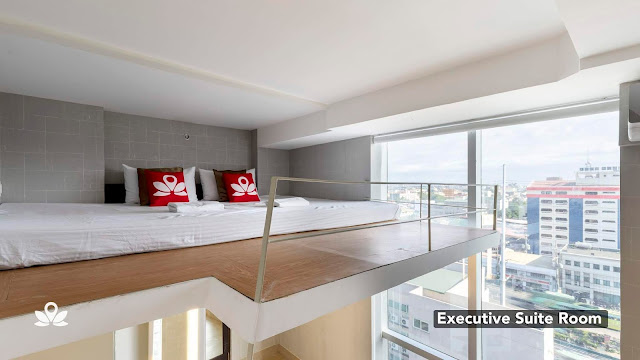 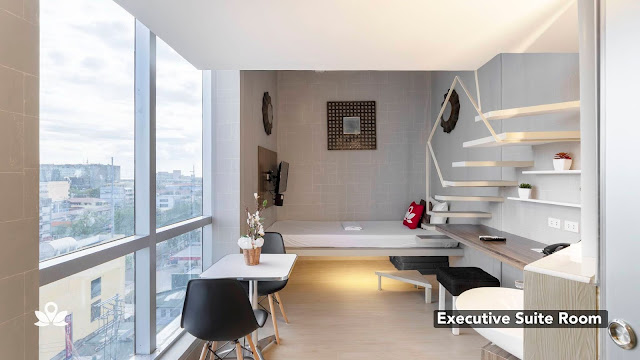 These rooms have access to rooftop infinity pool. They also have a bar and a restaurant with a 360-view of the city's skyline, which is one of the highlights of the rooms. 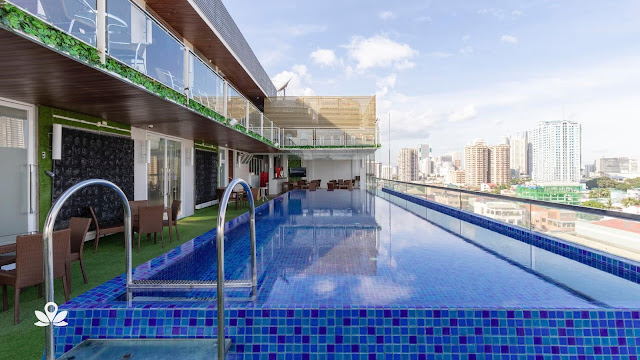 High-rope activities in the metro?

On the other hand, if you want a more premium stay, ZEN Rooms offers ZEN Premium Selah Garden Pasay on Park Avenue.

ZEN Premium Selah Garden Pasay boasts its high-rope activities such as zip line and wall climbing, perfect for thrill-seekers. It's the sole hotel across Metro Manila to offer these. 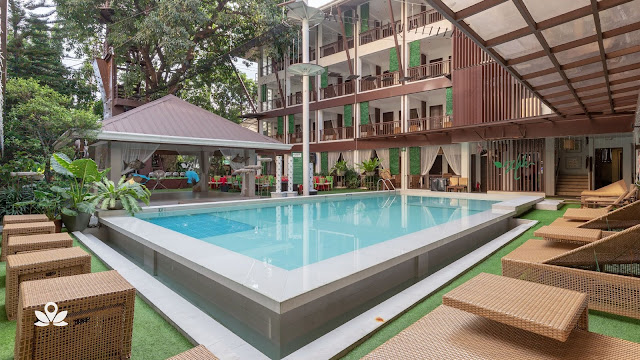 It has nearly 100 rooms. Some of which are large rooms good for six, eight, and ten people, truly perfect for group bookings.

These are the following: 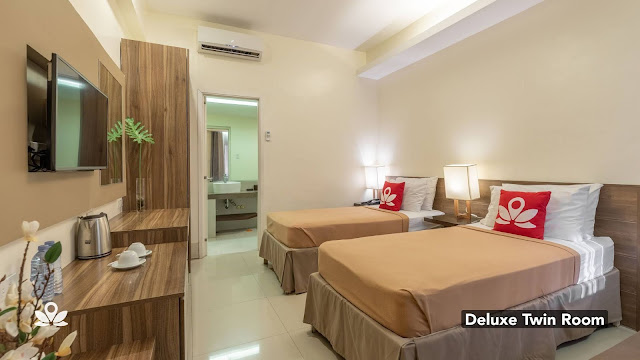 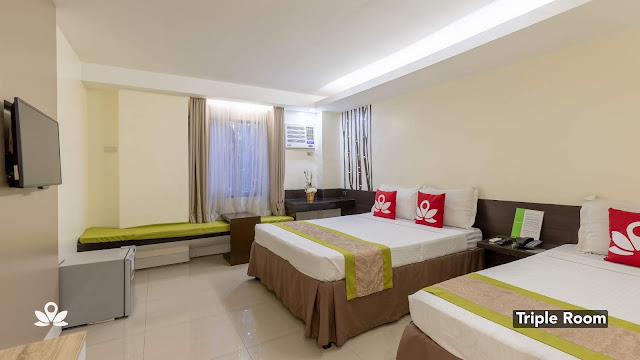 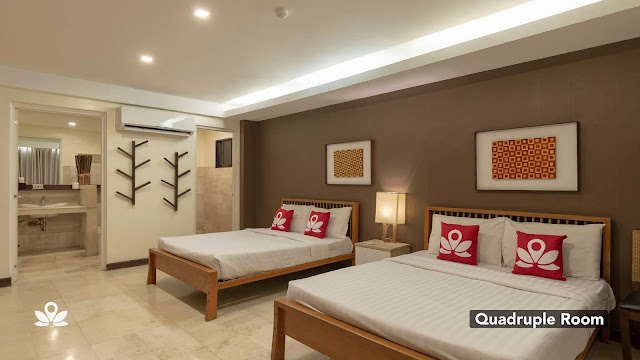 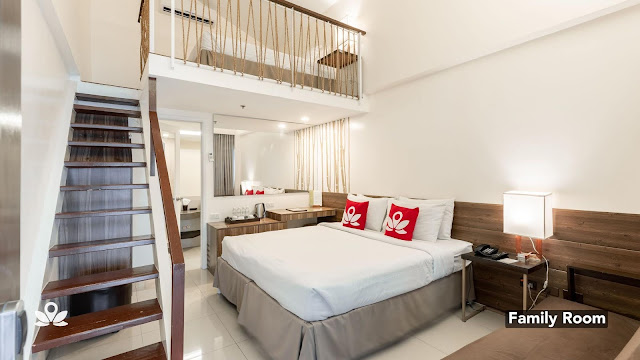 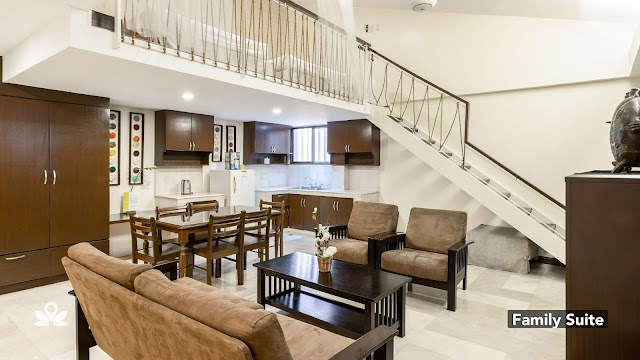 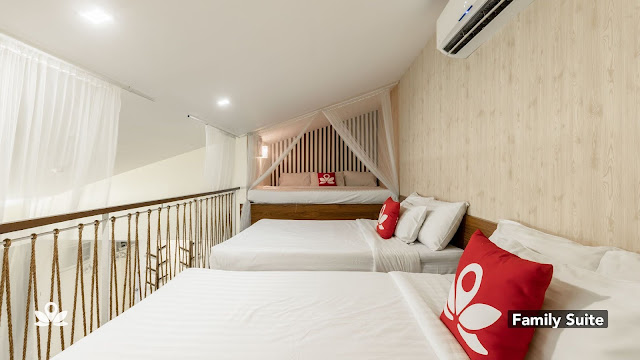 Home of the queens

This hotel will also soon be the home of 80 beauty queens from across Asia starting October 1, all candidates of Miss Asia Pacific International 2019 will be staying here. This was after Selah Garden signed off a partnership to host this pageant.

This international pageant is now on its fourth edition since its relaunch in 2016. 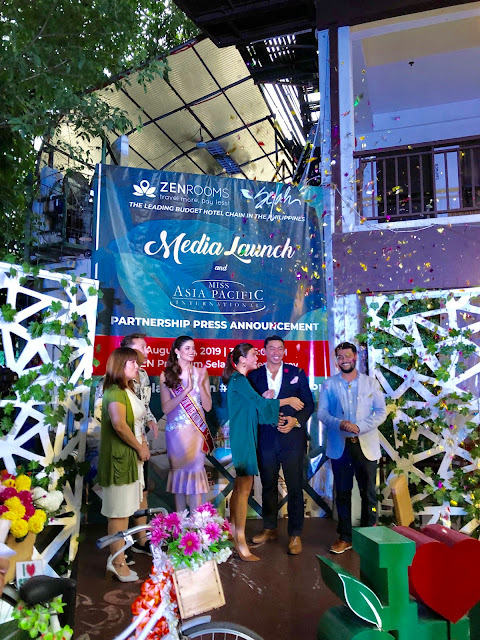 They will be formally welcomed by the press in Selah Garden on October 3.

“As an international pageant, we are very excited to partner with world-renowned brands like ZEN Rooms and Selah Hotels. Like how their hotels embrace and promote each culture they are located, we celebrate the individuality of our candidates as they represent their respective nations," Essa Santos, Miss Asia Pacific International general manager said.

"In that, we are aligned in seeing the beauty in diversity,” she added.

Beauty queen or not, ZEN Rooms provide temporary home for everyone. 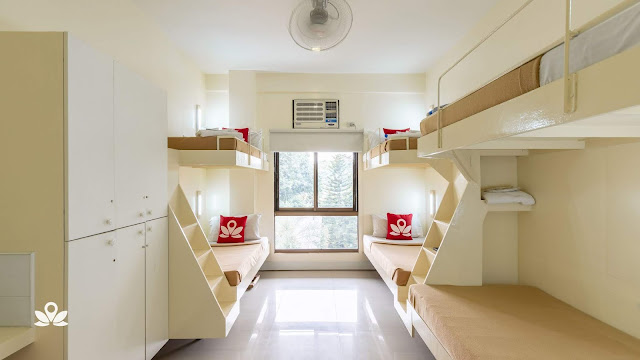 With thousands of rooms nation, Filipino and foreign travelers can book a room at any ZEN Rooms branch for as low as P499 a night. This already includes free fast WiFi, hot shower, cool AC, spotless beds, and 24/7 Customer care at www.zenrooms.com.

You can also do online booking through the same website by picking out your preferred date, number of guests and room of your choice.

***Disclosure: Information from a press release. Photos from ZEN Rooms/PR.