The Beer Factory Philippines has something for you. 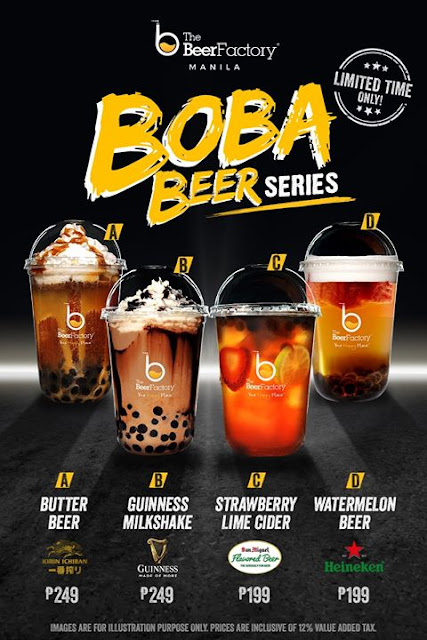 For a limited time only, the Beer Factory Philippines, which hails from Malaysia, is offering “The Boba Beer Series.”

The Beer Factory offers it in the following four flavors for only P249 and below:


These four drinks use own different beer ingredients.

The Boba Beer series was launched at The Beer Factory last August 2. It will be available in its two branches in Greenfield District, Mandaluyong City and Eton Centris, Quezon Avenue, Quezon City until August 31.

***Disclosure: This feature is from a press release