June 29, 2019
Sebastian’s Ice cream is usually known for their cold treats and dessert offerings but last year this local brand also introduced an additional snack to its menu.

The local ice cream brand gave the well-loved comfort food, grilled cheese, a twist and had its cheese in rainbow colors.

The Rainbow Grilled Cheese was launched last year during the Metro Manila Pride celebration last year to show support for the LGBT community. 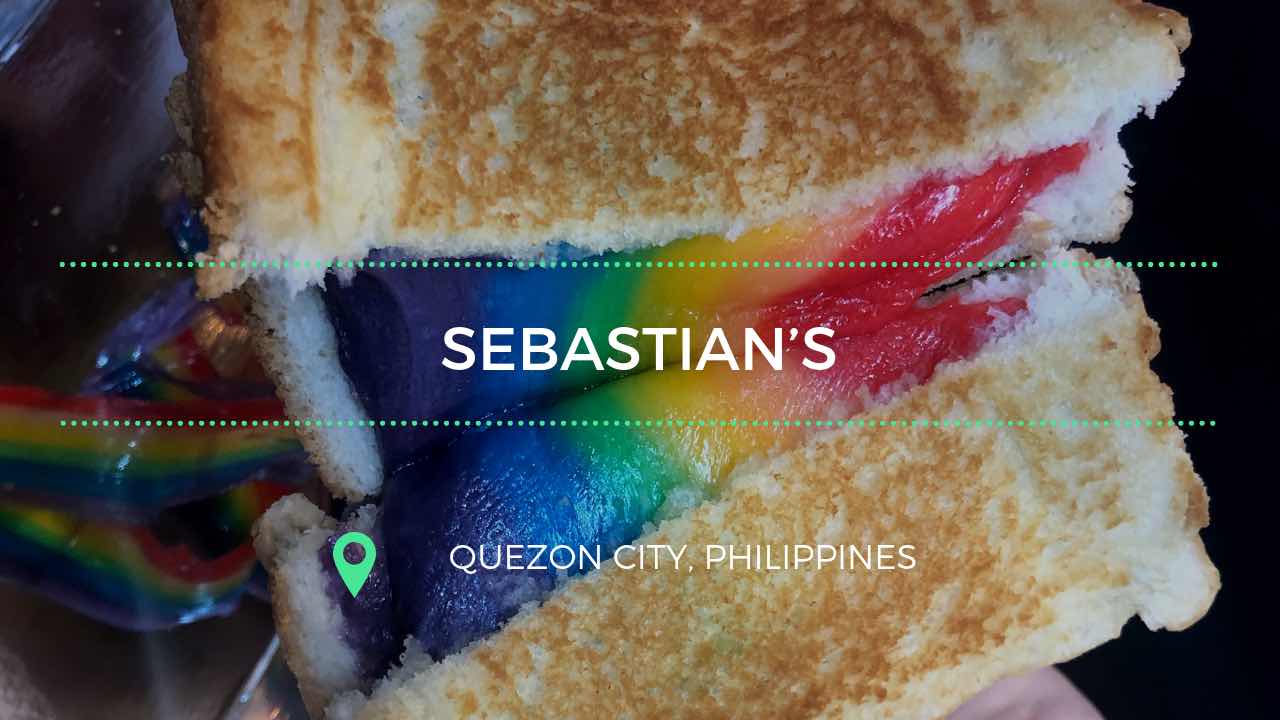 Sebastian’s said customers liked the new sandwich offering that much that they decided to sell it all year round in their shops. It also became the one of the most popular offerings in their menu.

So The Eatventurers didn’t pass up the chance to try it.

The star of the sandwich, the rainbow-colored cheese, melted so good making it gooey and perfectly chewy. It may look odd but it tastes like the regular cheese, except it’s colorful. 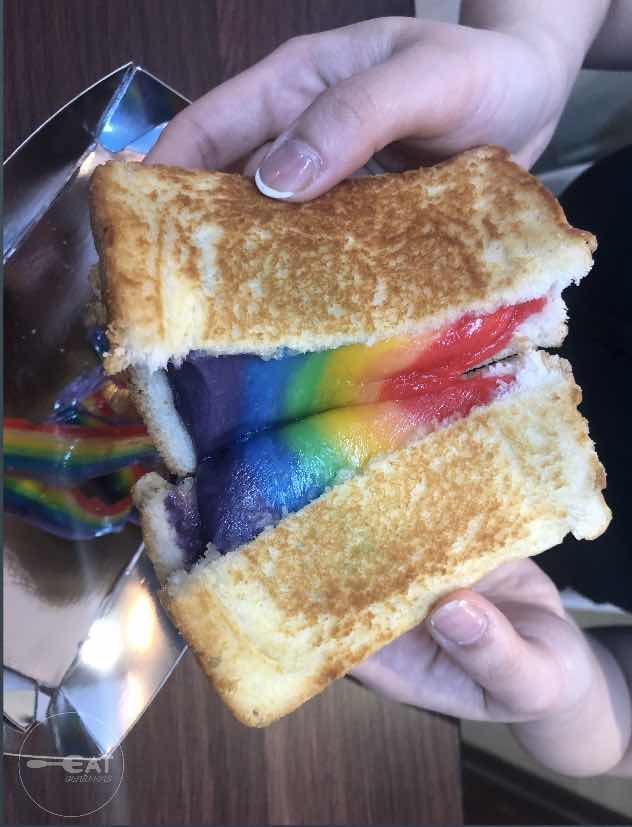 Meanwhile, Sebastian’s sandwich was toasted perfectly with the right crisp and was cut into half. It had grill marks on it but it does not leave a burnt aftertaste. 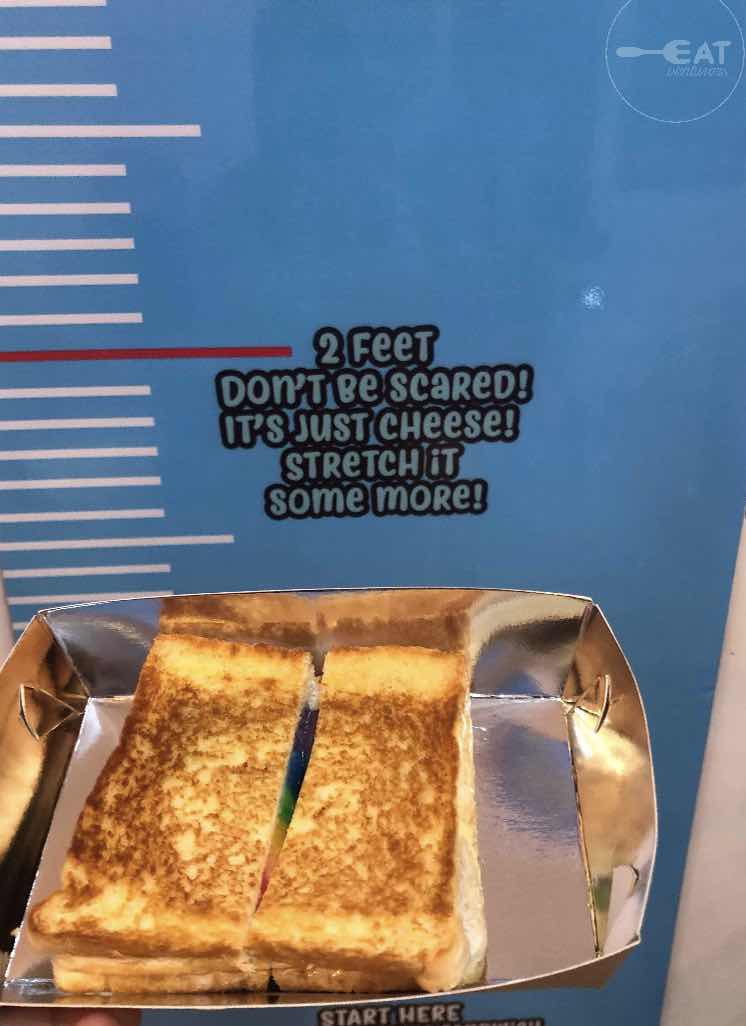 Another thing that made this Rainbow Grilled Cheese unique and fun is its cheese pull factor. 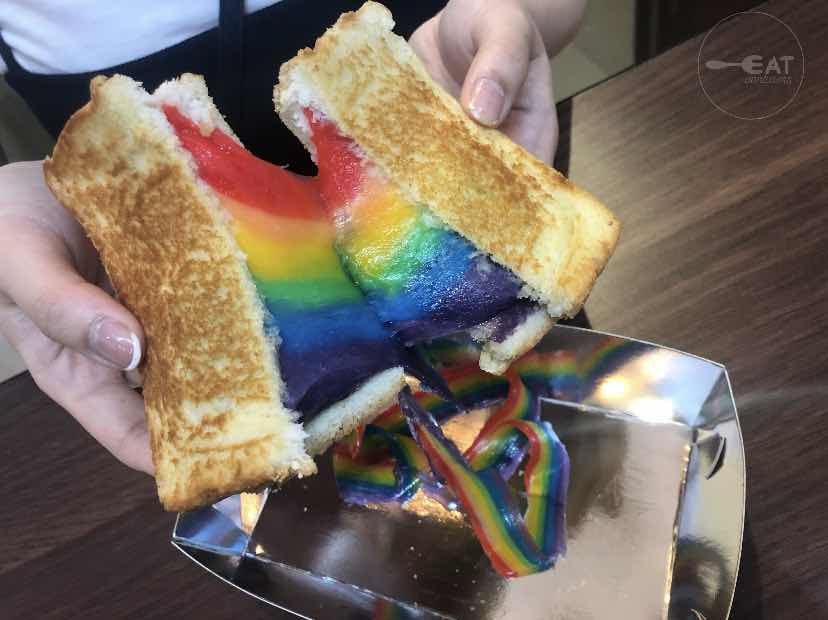 Sebastian’s even set up a “stretch-o-meter” as high as 6 ft to measure the cheese pull.

Trust us, Rainbow Grilled Cheese really goes beyond especially if you measure the cheese pull immediately after it was served and it’s still hot. 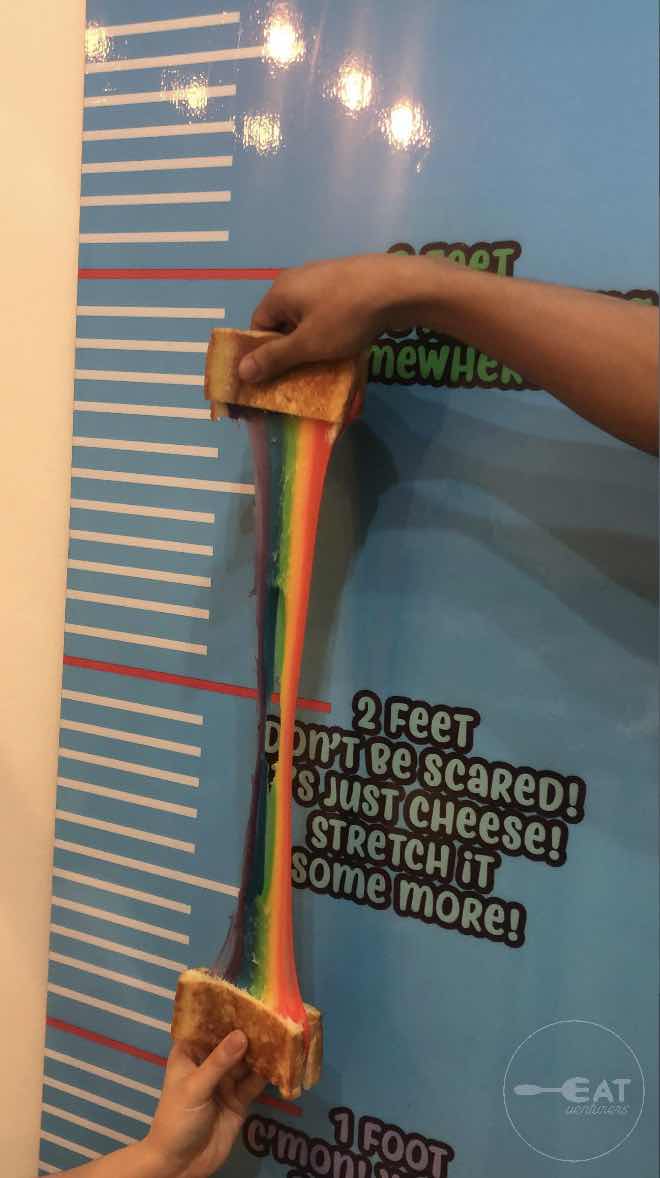 Sebastian’s truly knows how to make their offerings not just physically appealing but also fun.

Sebastian’s announced that it is also bringing the Rainbow Grilled Cheese at this year’s pride march happening in Marikina Sports Complex where it all began.

If you are not attending the Metro Manila Pride march, you can still avail the famous Rainbow Grilled Cheese at other branches of Sebastian’s for P150.

We got ours at Sebastian’s Vertis North in Quezon City. 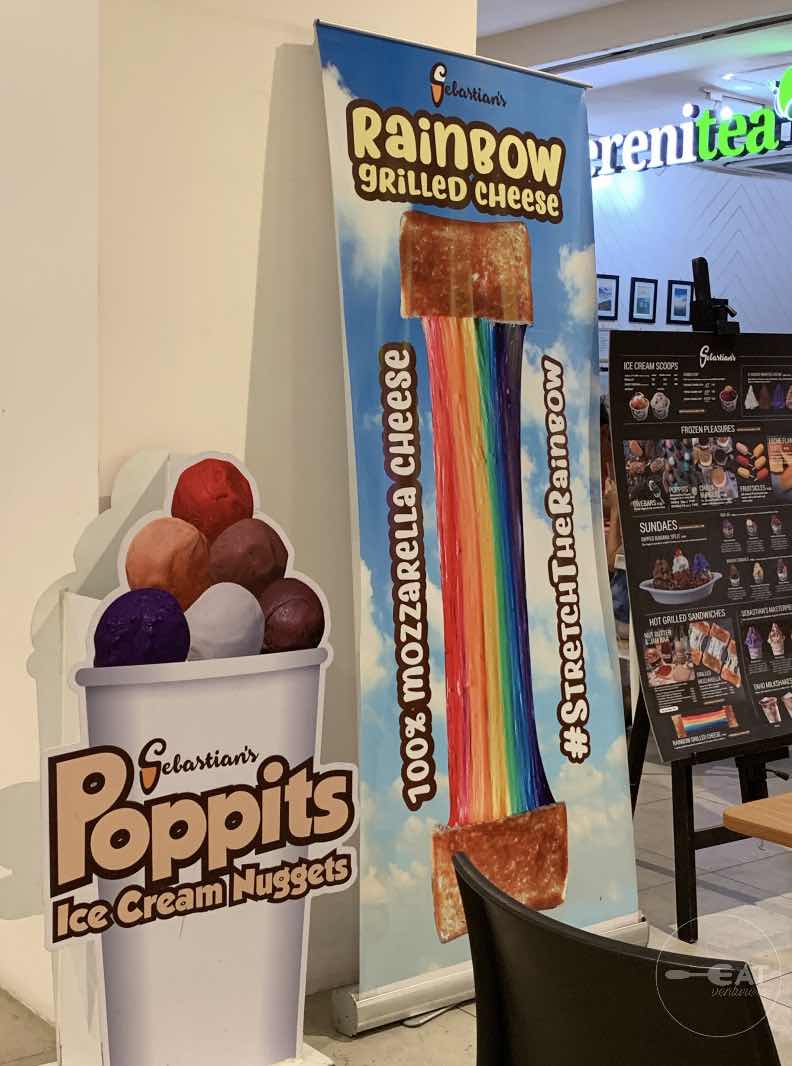