March 07, 2019
Ironically, fast food chain KFC relaunched one of its most sinful offerings, the Double Down, just in time when the country is entering the Lenten period.

Yes, we know that we should be fasting but we couldn’t say no to temptations.

The meaty sandwich, which was released in the country in 2010 for a limited-time release, is popular for its buns that are not bread, but crispy fried chicken fillets. It also has strips of bacon slathered with cheese and mayonnaise.

The Eatventurers ordered the Original Double Down (P155) and tried it again after almost 9 years. 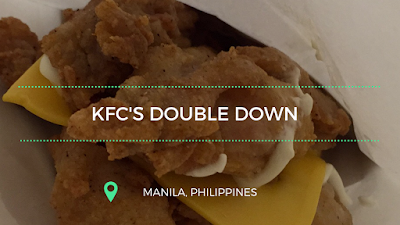 The meal looked quite similar to the Double Down in posters (at least in SM Aura Branch)—a point of presentation.


The chicken fillets were very juicy, while the bacon strips were fried just right. It's not too crispy. The mayonnaise was kinda lost but the generous portion of cheese compensated. It was not as salty as we expected it to be. 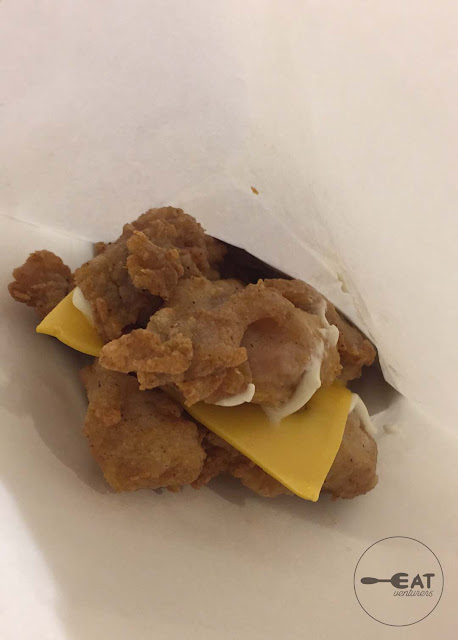 Honestly, the one half of The Eatventurers wasn’t able to finish Double Down because 1. the serving is too large 2. She suddenly felt concerned about her well-being. 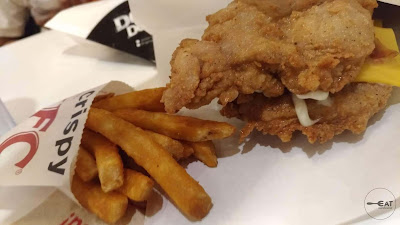 Overall, it’s a delicious meal to wolf down, especially if you’re a meat lover. It lived up to its "no buns, all meat" promise.

The only downside of the meal? It’s oily af (well duh, it’s actually expected since it consists of fried chicken fillets and bacon strips.) This is what makes this crazy dish sinful after all.

The cone packaging carries the grease and somehow managed to conceal it but it still shows at the tip of the cone once you finishes the meal. 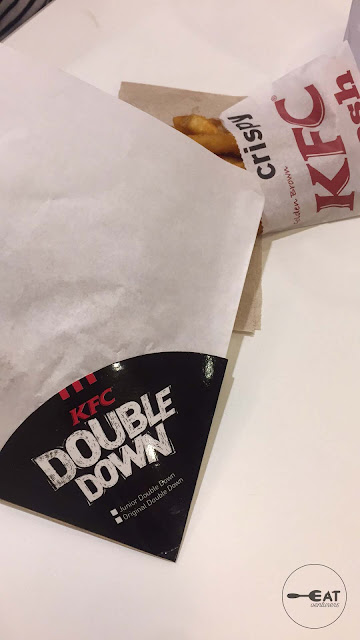 So if you are on a diet or attempting to live a healthy life, then we do not recommend Double Down.

If you are looking into trying this out though, we recommend the smaller version, Junior Double Down priced at P100.

You can also try out Double Down your way by downing it with rice. Always your call, because it is after all, all-meat.

Double Down is also offered in combo meal with fries and drinks for only P192. 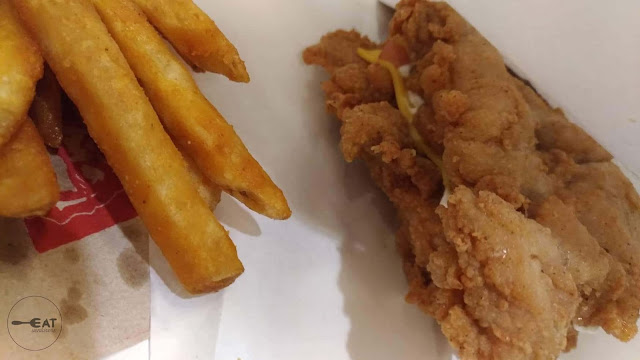 Is KFC's Double Down worth trying out? YES! Chicken, meat and cheese in one, why not?

Is it worth coming back for? It depends. If you can handle the meat without having that "umay factor," this chicken treat is for you. We still suggest trying out the junior version so you can enjoy the meal moderately and still achieve the "finger lickin' good" branding.

P.S. We are waiting for the return of KFC's Famous Bowl, too. *cough, cough*