Our feeds turned Japanese on Wednesday after McDonald’s Philippines released its newest offering: “Flavors of Japan.”

The hype for these products is really high so The Eatventurers decided to try them out on the first day of their release.

Here are our initial thoughts on McDo’s Flavors of Japan:

When we heard of McDo's Japanese-inspired offerings, we were excited to try out the Ebi Tempura Burger. 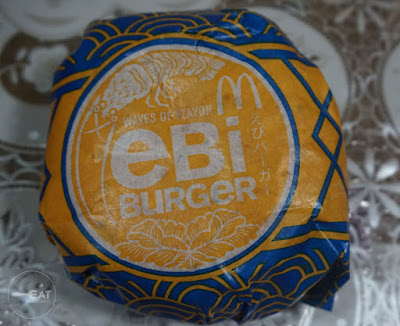 The crispy shrimp tempura patty with lettuce and Japanese salad dressing is stuffed in between a black and white sesame bun.

The patty is nothing like the usual tempura as the breading is similar to McDo's chicken patty, except it's filled with shrimp. 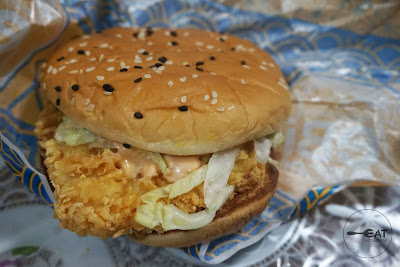 While one-half of The Eatventurers found the Ebi Tempura Burger just right, the other half found it too bland and looking sad because of the lack of dressing and the sloppy presentation of the food. (Btw, we ate in different McDo branches.)

We both commend the generous serving of shrimp. 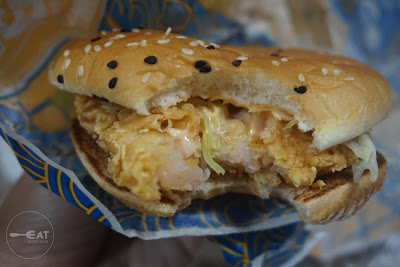 The Teriyaki Samurai Burger that we tried was richly coated by its sauce. 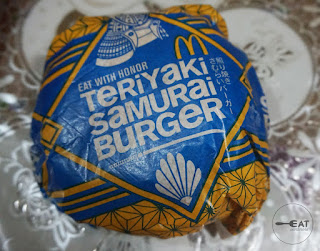 As expected, the teriyaki sauce was sweet but it complements the patty well. 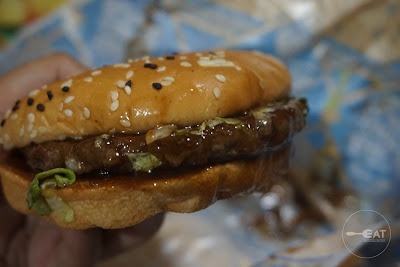 We liked this better than the Ebi Tempura Burger. 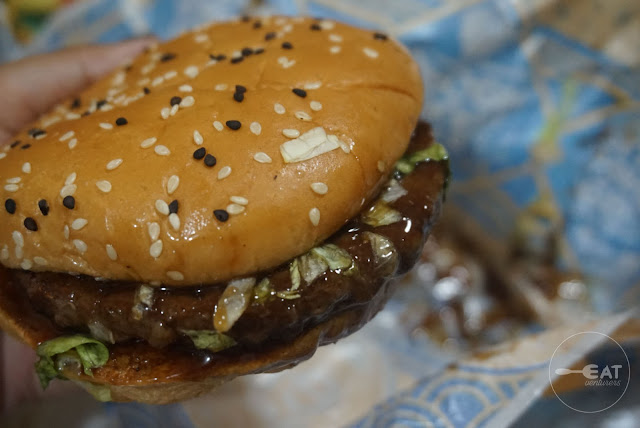 The patty was not thick but its size was just right perfect for merienda. It is also rightfully juicy. It is however, not as filling as we expected it to be so it is not for heavy-eaters. 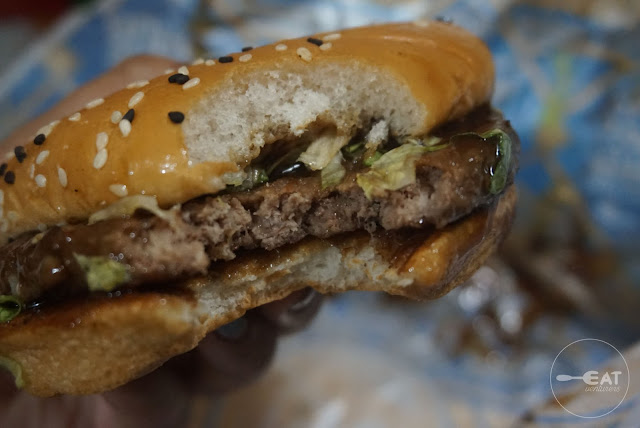 While we have mixed reviews on the burger flavors, we commend the packaging of both burgers because it is on brand.

This is the first time McDonald's Philippines launched a nori-flavored Shake Shake fries. They have been introducing various flavors since so we are also stoked to try this out. 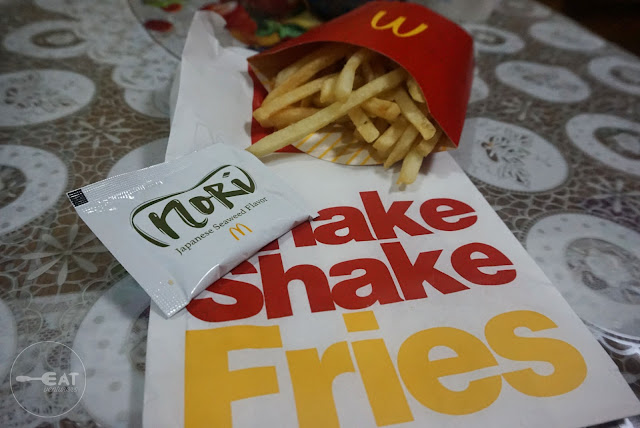 We were expecting a really strong seaweed note from the flavoring but the saline and rich taste of nori was missing in the Nori Shake Shake Fries. It did not taste like the Japanese dried seaweeds at all, according to one half of The Eatventurers. 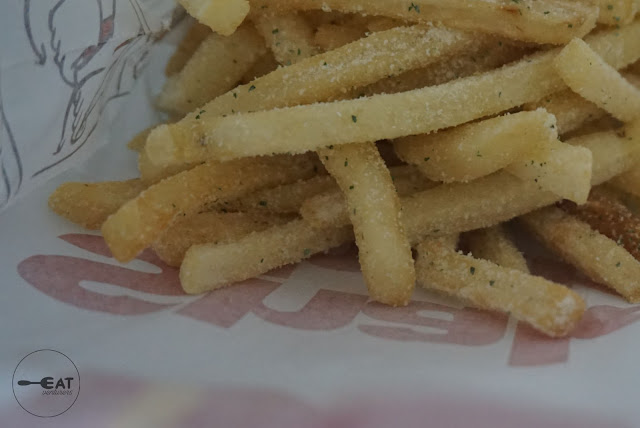 But we both agree that it has an after taste very similar to the usual sour cream. 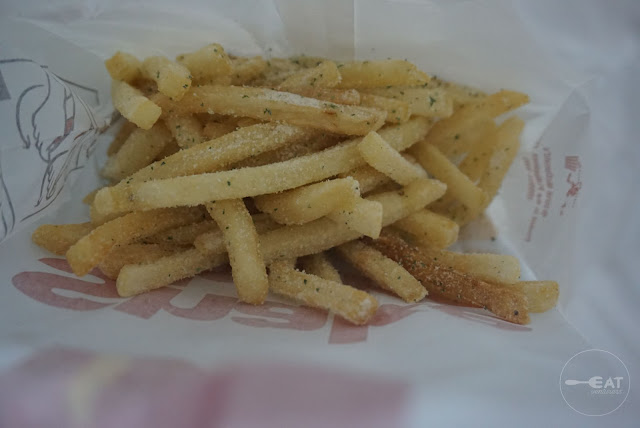 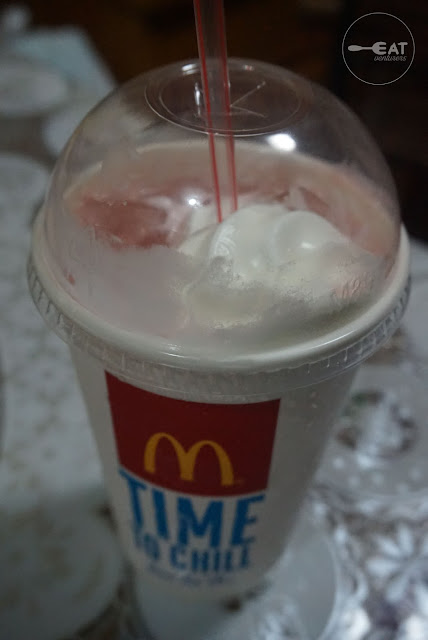 It's like Skittles in liquid form. It is also reminiscent of our childhood paracetamol, Tempra. It can also be likened to another childhood sweet treat, frosty iced candy because of its fruity taste. 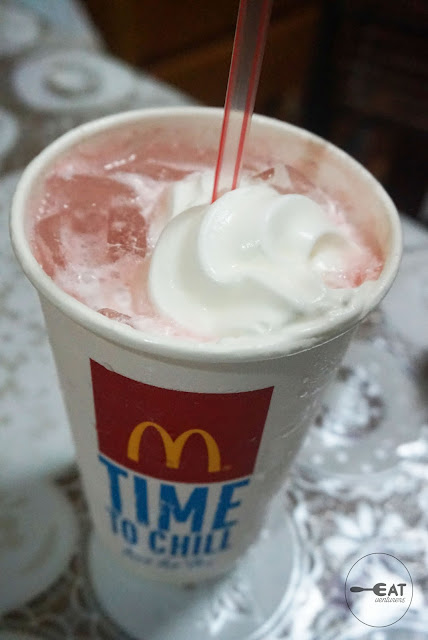 Ordering all of the Flavors of Japan offerings cost P319 but you can also order a Sakura meal for only P194. This set includes a choice of any of the two McDo Flavors of Japan burger, Nori Shake Shake Fries and Strawberry Sakura McFloat.

Is McDonald's Philippines Flavors of Japan worth trying out? YES! It's refreshing to try out something new from this fast food chain.

Is it worth coming back for? Unfortunately for us, it's a no. We will still come back for McSpicy Garlic Parmesan as well as their honey butter and garlic butter-flavored Shake Shake Fries. It may take a while before these offerings can be replaced in our hearts.


***Disclosure: Not sponsored. Meals were paid by The Eatventurers