July 08, 2017
Several food parks have opened in the metro but we rarely see ones in Pasay City as most are established in Quezon City.

A space-themed food park just opened in Pasay City four months ago and unlike other food parks, it caters unique food choices. 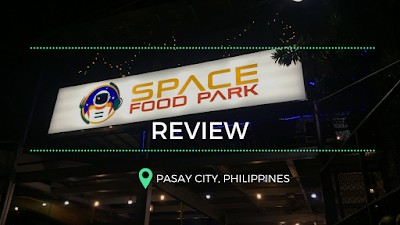 The food park has various stalls offering: egettes, southern, grilled, Ilocano, and Persian eats on the first floor.  On the second floor, stalls offer fried squid, sizzling, and comfort food, as well as drinks. The Galaxy Space room is where you can hold parties, play glow in the dark beer pong, and have desserts.

Mark mentioned that they are thinking of installing private videoke rooms which groups can rent for their singing fix.

On Wednesdays, Space Food Park holds Karaoke nights, while on Fridays it has open mic sessions where anyone can jam or perform on stage. On Saturdays, they have live bands playing.

During our visit, singer-musicians, Sonny and Sunshine performed for the guests. This is an unconventional and impressive duo as Sonny can play different instruments, including a flute and a sexy saxophone. 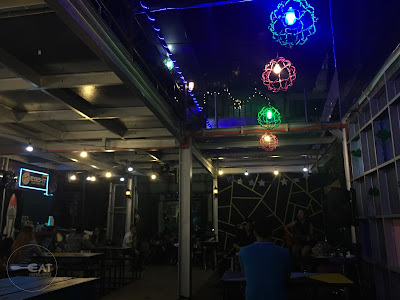 
Unleash the Kraken! At Kraken Bites, we ordered "Flavored Kraken" worth P179. It is a large deep-fried squid with various flavors: cheese, barbecue, chili, and sour cream. Since it is big, it is already good for sharing.

This is a great concept by a 20-something year old entrepreneur named Tan Meldon. Flavored Kraken is truly Instagram-worthy. You can see from the photo how big it is.

Sure, it is a little bit salty, and probably has a lot of msg, but it is perfect for "pulutan."


The Flavored Kraken also comes with dipping sauces: honey mustard, sour cream, and cheese, plus soy sauce vinegar. We can say that the sauce matched well and it has a "cravability" factor. We suggest you order plain for lesser salt. 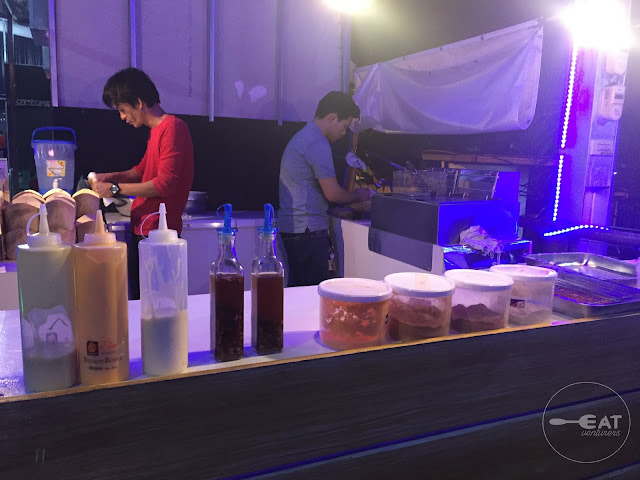 Aside from Flavored Kraken, you can also order a smaller version of which is called "Baby Kraken" for P149. 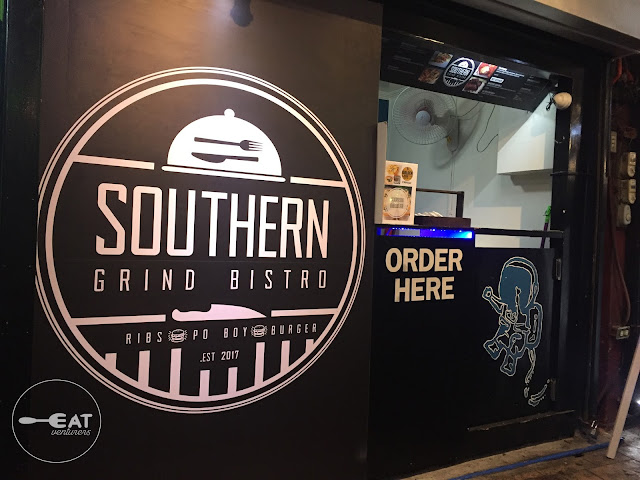 Enjoy a Southern American concept with Southern Grind Bistro. It was the second stall we checked out. The menu choices were nice and they also deliver. They offer ribs, po boy and burger.

The Eatventurers ordered Bang Bang Shrimp Po Boy P150. It is a sandwich stuffed with shrimp and some vegetables. It is served with fried potato chips.


The buttered bread was amazing. The shrimp on the other hand, was cooked well. Overall, it was good but we probably won't order it again and instead try their bestselling ribs. 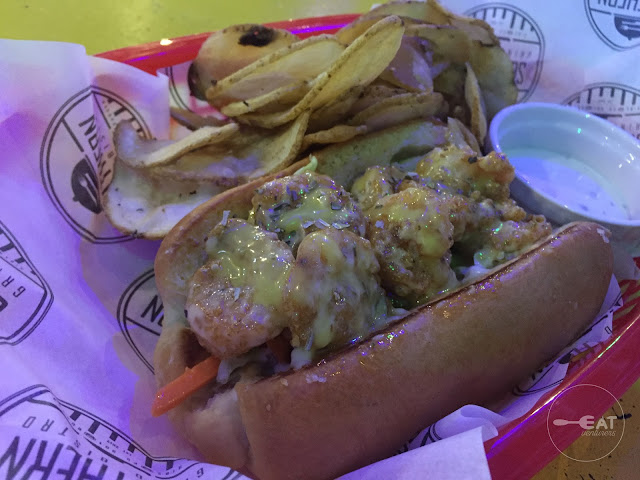 The last stall we tried was Egg-it Asian Street Food. This stall is offering eggettes or egg waffles that are spear-shaped, but they also offer drinks. 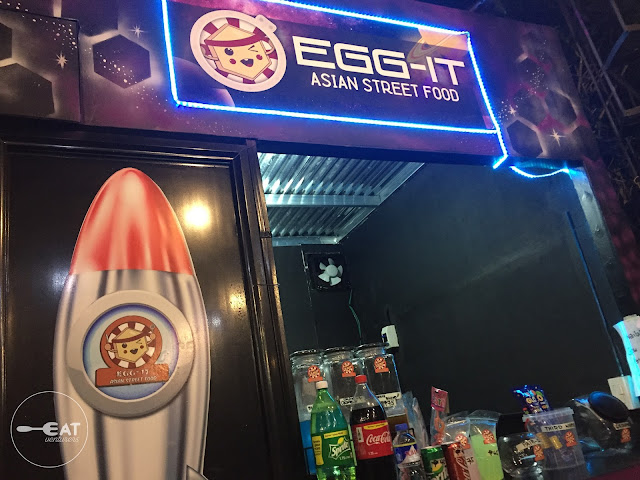 We ordered calamansi cucumber placed in  a fish bowl - P120 (pair, also for sharing). They also offer other flavors "house blend iced tea" and blue lemonade. Although it is an artificial drink, it still has bits of calamansi and cucumber in it and it tastes good.


Their drinks come in various sized priced at P65 above.

We can say that Space Food Park is worth a try as it offers different choices of food and the ambiance is something unique. Also, majority of food concessionaires have service delivery. 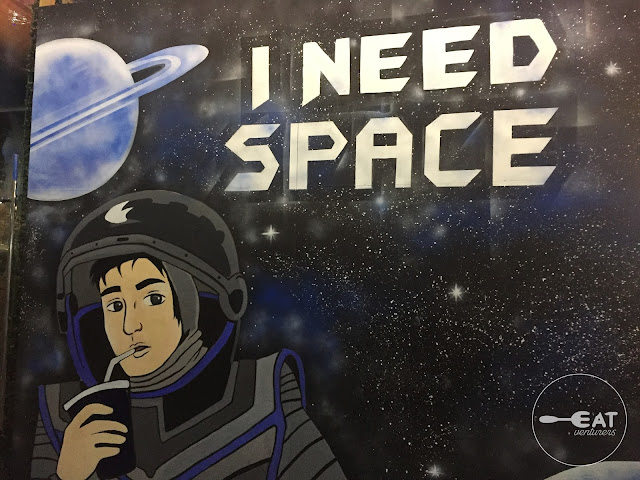 ***Disclosure: Not sponsored. Meals were paid for by The Eatventurers